Allergies occur when a person’s immune system reacts to substances in the environment that are
harmless for most people. These substances are known as allergens and are found in dust mites,
pets, pollen, insects, ticks, molds, foods and some medicines.

Nasty stuff and with allergies and anaphylaxis on the rise, with an over 500% increase in the last
twenty years globally, and Australia ranking amongst the most allergy prone nation in the world,
with 4 million of us feeling the effects, more and more of us will feel the pain.

There are a few theories as to why Aussies are so prone to allergies: 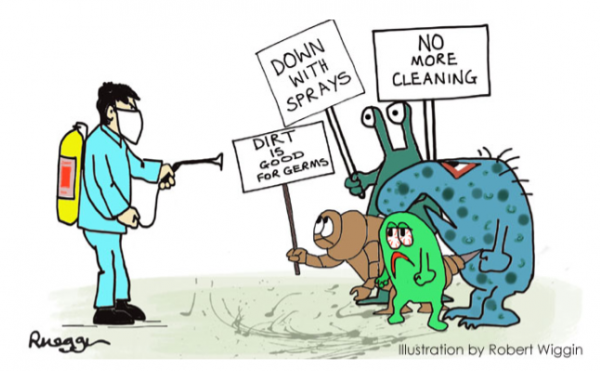 The ‘hygiene hypothesis’ is in my view the most interesting, with the microbes in our gut become
neutralised and our immune systems placed on idle.

As normal protein enters the body, our immune system views it as an allergen, launching an attack
which creates an allergic reaction of redness and swelling full of killer cells and white blood cells to
destroy it.

When that same protein attempts to enter our body again, our immune system launches yet further
attacks, each time increasing in strength and ferocity until one day it becomes an anaphylactic
reaction.

In Anaphylaxis, the attack against a seemingly harmless protein or allergen is so aggressive
the histamine mediated response, or chemical warfare, causes an immense over reaction to the
foreign invader, causing an uncontrolled swelling through the whole body, which if reaches our
airways, becomes life threatening. 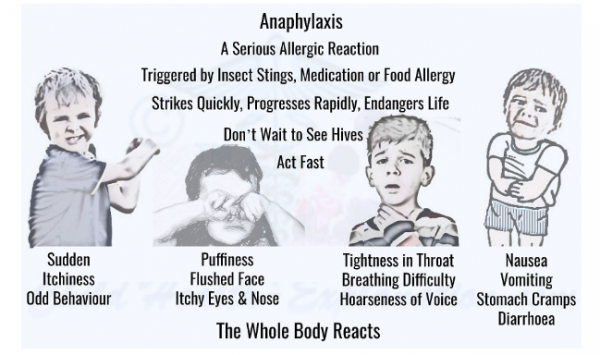 Allergies can present on anyone anytime, anywhere and whilst we generally need multiple exposure
to an allergen to develop anaphylaxis, this condition can present without any previous knowledge as
to what the allergen is, or where it came from, making this threat one of the most dangerous.

When anaphylaxis hits, first aid needs to be swift and if it is localised treatment would be
antihistamine, cold packs and prescribed meds like ventolin and steroids to neutralise swelling.
For more severe reactions an ambulance armed with adrenalin, oxygen, injectable hydrocortisone,
ventolin and advanced airway kits will be needed. 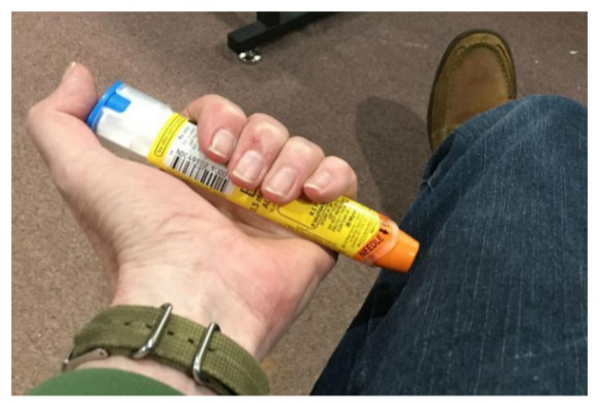 It is why an EpiPen armed with Adrenalin to initiate treatment should be part of all home and
business first-aid kits as adrenalin constricts the arteries to prevent seepage from the artery walls
into the cellular space, so can shut down a chemical attack within a minute, for this reason it’s a
true-life saver.

Anaphylaxis needs urgent treatment and an EpiPen administration delivered in a minute or two
versus an Ambulance arriving 5 to 10 minutes later could well be the difference of life and death.
With EpiPen’s available without prescription throughout Australia normally for under $100, there
are no excuses to not have one in the kit.

What other measures can we take?

Whilst allergies can be difficult to control there are some great preventative and management
measures, whether you’re an allergy sufferer or not. In general terms, make sure you service your immune system, and by that, I mean don’t be too
paranoid about germs.

This does not mean eating off the floor, it means being sensible and not going over the top with the
cleaning, recognising that we need germs to evolve for antibodies to be made, so our bodies can
recognise them and destroy them, without over reacting.

Beware of processed food, look at the food label and if there is a long chemical name you don’t
understand, put it back, as many are playing havoc with our immunity system. If in doubt, then refer
to some of the apps that quickly tell you what some of these additives are.

Also, beware of the food sources responsible for 90% of food allergies, such as milk, eggs, peanuts,
soy, wheat, fish and shellfish, as well as stings, dust mites, pollens, mould and latex. 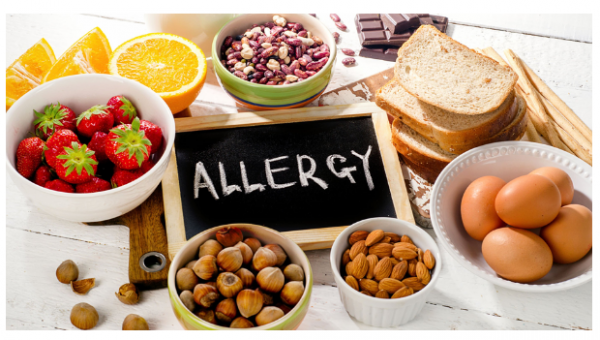 Exercise as always is paramount to good health and will do wonders for your immunity and overall
wellbeing. Clean air is wonderful but can be a challenge with modern living, so where possible stay away from
winds carrying pollens and pollutants.

Living on the east coast is a preferable location as the wind from the ocean is clean and westerly
winds are generally protected from the ‘Great Dividing Range’ carrying all kinds of nasties.
Queensland and the Northern territory come in at the best places to live for allergy sufferers, with
allergy incidence from airborne pollens and pollutants between 11 and 16% of people affected,
whilst the ACT comes in last at 26% followed by Tasmania at 23%, NSW at 18% and WA, Victoria and
SA all similar at 21%.

You can also talk to an allergist about immunotherapy in the form of allergy shots, oral tablets or drops.
These are what are considered disease modifying treatments. They don’t cure allergies, but they may
significantly reduce your sensitivity to your allergy triggers, thereby reducing your allergic response.

If all else fails, and life dictates that none of these changes are possible or are tolerable, then there
are many useful medications such as steroids, which are considered life savers for long-term allergy
sufferers, but of course, come with some nasty side effects, one being they supress our immune
system.

My general rule as always is to try all the organic possibilities first, and more often than not this
yields a more effective response.