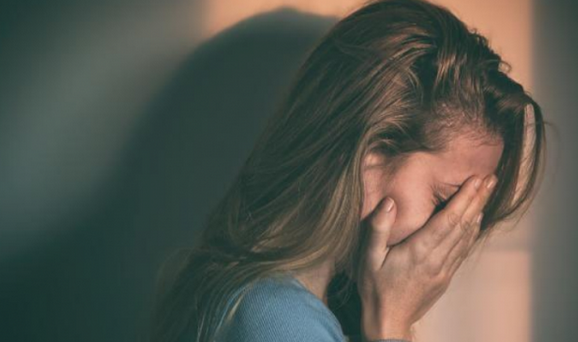 Election campaigns seem to go forever with neither leader overly keen to answer questions, but rather make statements and get that 10 second grab for the nightly news.

This can leave many frustrated as they desperately seek to find a reason to pick one side over the other. If they cannot choose, they may well charge off to support the minor parties. And let’s be honest, I, for one, don’t want to see any more encouragement for Clive Palmer or Pauline Hanson.

There is one issue, though, that all Australians should be invested in and it’s not tax, working families or who is spending more on what.

Mental health is an issue that is set to impact one in two Australians in their lifetime. It is the number one killer of people aged between 15-44 and has taken over 3,100 lives last year, with a further 65,000 attempts.

Given the seriousness of the issue, perhaps how each party plans to tackle mental health should be our number one issue at this election.

Mental health did at least rate a mention by both leaders during the televised debates, with Scott Morrison declaring it his number one challenge should he win. But for all the words and good intentions, will the policies on mental health from either side make a bean of difference?

Both Labor and the Coalition are pledging money for research to identify better strategies, with Labor stating its plan is to halve the suicide rate in the next 10 years. When we talk road toll, we say we want zero fatalities. When it comes to carbon pollution, we demand zero emissions. Yet when it comes to suicide, we see 30,000 deaths over a decade as somehow okay.

When Bill Shorten says he won’t put a price on climate change because the cost of action will be nothing compared to inaction, you have to wonder why he doesn’t have the same attitude on mental health and suicide. Surely the cost of not acting is also too high a price to pay?

The Liberals are offering more money for Headspace, school programs and awards for mentally fit workplaces, and Morrison spoke in passionate terms at the National Press Club on the issue, saying that if he is re-elected suicide will be his number one priority, yet his policy falls well short of that statement.

What both party leaders and their policies are missing is the urgent and immediate action required to tackle this national emergency. When danger has threatened our community in the past we have seen action with strong media and education campaigns relating to violence, smoking, alcohol, road tolls, bullying, AIDs and the benefits of physical fitness.

Where is the campaign that leaves no doubt in the minds of families that there could be a ticking time bomb in their home?

Where is the education program on how parents need to speak to their children, or siblings to siblings, friends to friends, work colleagues to work colleagues?

Where is the campaign that encourages all of us to have the suicide conversation with our family and friends today?

Kids talk about suicide with each other like they do about what they’re having for lunch. So common is it, often after a suicide or a suicide attempt occurs, close family and friends are stunned by how many people outside their circle knew what they did not.

This is where a campaign can encourage people to get home early and spend time with those most important to them. To switch off the tech and be truly present in the lives of those we love.

That is the immediate action we need. And it should then be met with investments in services and research that all coincide together. The best part is that it doesn’t cost a bomb. You can fund it simply by dumping some of those campaign ads telling us of the ‘great’ job the government is doing for us. They say it takes a village to raise a child, but in Australia today it will take rebuilding those villages to save our children.

Whoever wins Saturday, they need to start this rebuilding process from day one.

This Article was also featured in the Daily Telegraph  * May 16, 2019
https://www.dailytelegraph.com.au/rendezview/most-important-debate-is-missing-from-the-election/news-story/0c9fc21ab3a8223663ddacf56a1d4aef